"The stars in the night sky cast their light down upon the world, making physical replicas of themselves."
- Suun, Oracle of the Mists

In the Empire of the Dragon, people generally worship the Six Gods. However, beside this primal religion there are "lesser deities" that Canthans also venerate. These enigmatic beings are the Celestials, physical replicas of the stars that appear on cloudless nights. They take on the form of animals or other creatures living on the world of Tyria.

Not much is known of their true origins, although legends were told about the identities of some of them, and these legends later became accepted among the Canthan people. The exact number of the Celestials is still unknown to many, since there are celestial animals with different names, but based on depictions made by Canthan artists, they look very similar. Currently, we guess their number is between 13 and 16 – and the possibility is there that there are more, yet-to-be discovered celestials.

"Hai Jii, the Phoenix, the representation of fiery eternity awaiting those in the Underworld."
- Suun, Oracle of the Mists 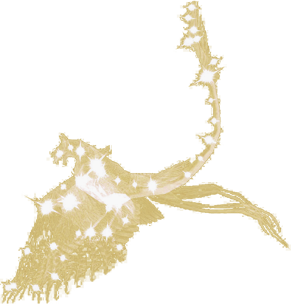 Born to a noble family, Hai Jii was the youngest boy among his eight brothers. Turning away from the family custom of becoming a warrior, he became an incredibly talented painter.

The Phoenix is one of the Celestials that are easily confused with another animal. The Celestial Rooster's depictions are rather similar to the Phoenix. Because of this, it is assumed that the two are one and the same. On the other hand, the Rooster is the embodiment of completely different aspects, thus in the end it may turn out that despite their look, the two celestial animals are separate beings.

"Kai Jun Don, the Kirin. The embodiment of corruption. The being of pure good, turned to pure evil."
- Suun, Oracle of the Mists 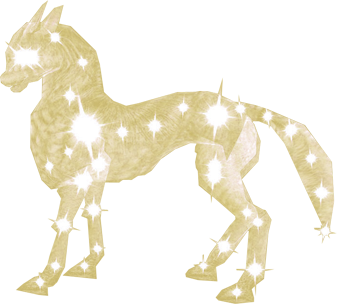 Kaijun Don's story is probably one of the most saddening and shocking of the Celestial legends. Kaijun Don was a beautiful healer who offered her aid to anyone, even to those who could not pay for the mending. Her beauty, however, became her downfall.

She caught the eye of a vile gang leader, but when she refused her scoundrel suitor, his men attacked Kaijun Don and scarred her fairy-like face so brutally that even her strong magic could not heal the grim wounds. She let her anger control her actions and swore to make her attackers pay for what they had done to her. Over the years, her obsession suppressed the compassion in her soul, which led to the point where she made a pact with a demon, who promised her powers that would allow Kaijun Don to have her revenge – if she completed the ritual that would make the demon flesh and blood. The horrible slaughter she performed that day left her soul corrupted forever.

It is a mystery why the gods made her a Celestial. Perhaps they understood what made her do what she had done and felt that she deserved a second chance. Or, the world needed to know of evil corrupting even the most innocent and good, and the gods made her the example that they could use as a warning for their own people.

The Celestial Kirin is also very reminiscent to the Horse; however, the divergence between the things they embody is even greater than in the previous case. Considering this, it is more likely that they are similarly separate and unique celestials.

"Kuonghsang, the Turtle Dragon. The eternal paradox, not one thing or another. A reminder that we will never fully understand the Mists."
- Suun, Oracle of the Mists

Kuonghsang, a wise old man, served his emperor as a sage and advisor. Kuonghsang was gifted: he could commune with the spirits. Because of this gift, he could always give good advice to his emperor. It happened once that the emperor's daughter got diseased by an unknown illness. Kuonghsang consulted with the spirit and told his sovereign what he had gathered: in order to cure the sick
girl, the oldest daughter of every Canthan household had to be killed. The emperor believed his loyal sage, since he had never been wrong before, and gave order for the horrible "medication." When the last victim fell dead on the ground, the emperor went on to check his daughter. He was sure that she would be healthy once more, but instead he found her cold body lying in her bed. Realizing that he had misinterpreted the riddles of the spirits, Kuonghsang took the emperor's sword and decapitated himself in shame and grief.

In my understanding, this is why his story is a reminder of the fact that we cannot and thus will never fully understand the Mists. Even a wise sage such as Kuonghsang couldn't fully decipher what the spirits were saying. The essence of their riddles might be traced back to Mists, and since the Mists is probably everything and the source of everything what we see today (the eternity, in our current world view) and possibly cannot be understood wholly, the meaning of these "spiritual" messages is also impossible to perfectly decipher.

"Tahmu, the Dragon. A constant reminder of atrocity, pain, and anguish."
- Suun, Oracle of the Mists 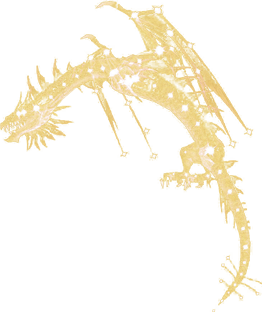 Tahmu was an empress of a now forgotten time. She was kind and generous to her people, who loved her and respected her in return. One day, the naga besieged her empire and threatened the city, its citizens, and the empress. Tahmu went against the suggestions of her bodyguards, and instead she told her people to take up arms against the invaders. Tahmu also joined the fight against the naga hordes, but in the end, she and the inhabitants were overpowered. The empress was left alive so she could witness the murder of every one of her own. After seeing the violent massacre of her people, her rage gave her the strength to break free, and once she did, she summoned a fire from the heavens that took on the form of a giant dragon. The searing, draconian flames incinerated every naga despoiler within the city. It's unknown whether she survived that or not.

Tahmu's suffering and the vengeance she unleashed secured her a place among the celestials.

Currently, Tahmu's story is the most debated among historians. In a similar scenario to Hai Jii's and Kaijun Don's stories, Tahmu may be an entirely distinct celestial from the Celestial Dragon - mainly because of the divers aspects they embody. Arguments on her story are also quite common. Some speculate (including myself) that she had lived in the Late Pre-Imperial Era - when the naga might not have been as peaceful as they were before the Jade Wind - before Kaineng Tah united the Canthan clans. Whilst others say (e.g., my colleague, Gawain Draxynnus) that this Naga Revolt happened some time after the Jade Wind (explaining the unusual behaviour from the naga, who were reported to act so hostile after their near-extinction more than 200 years ago).

"The Pig is traditionally honest, tolerant, and supportive in Canthan folktales."
- Lorespinner Ri So 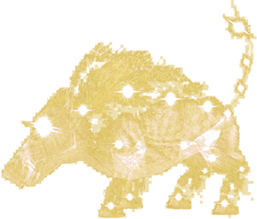 Back in the Late Pre-Imperial Era, when the humans first walked the world, there was a man called Chong. He embodied the virtues of tolerance, support, and honesty. Near the end of his life, the gods wished to ascend him and make him a celestial. Chong shared the aforementioned virtues with a fellow pig, and this way he chose that as his celestial animal. At least this is what the Canthan folktale says.

Even then, it is intriguing that the people behind the celestial animals might have been elevated to the gods' side, and the ethereal beings we see during Weh No Su and the Canthan New Year are basically their avatars or celestial representations.

"Celestial dragon, figurehead of our great empire, benevolent constellation that watches over us, guides us, and protects us, we beseech you."
- Emperor Kisu

As I mentioned before, it is quite likely that Tahmu and the Celestial Dragon are not the same after all. First known records say that the Celestial Dragon appeared after the Jade Wind. Emperor Hanjai, the late Emperor Angsiyan's (who was murdered in cold blood by Shiro Tagachi during the Harvest Ceremony) son, was facing tremendous difficulties. Refugees were flooding Kaineng City (and they all needed shelter and food), the Empire's army was low on people (the Jade Wind had annihilated many of the Imperial soldiers), and they couldn't keep peace as effectively as before. In short: the Empire was on the verge of collapse.

Then, a mighty celestial dragon swooped down from the heavens and told the troubled emperor that Cantha would be great once more. Inspired by the unearthly wonder, Hajnai worked relentlessly towards restoring and securing the Empire. His hard work indeed made sure that Cantha became as strong (if not stronger) as it was.

I would like to note the embodiments I listed below are not proven, but based on my discussions with Emperor Kisu’s court astrologer, these virtues seem the most likely to be embodied by the remaining (and unfortunately almost unknown) celestial animals:

You must defeat the avatars of these four celestial bodies if you wish to become Closer to the Stars.
- Suun, Oracle of the Mists

Weh No Su – also known as “Closer to the Stars” – is an event where the person who undergoes this test attains a form of True Sight and gets to see spirits that are hiding themselves from mortal eyes. The test is made of four challenges: the person has to defeat four celestials (Hai Jii, Kaijun Don, Kuonghsang, and Tahmu) to fulfill the objective of the task. It is administered by the Oracle of the Mists.

Each celestial animal is associated with a set of virtues in Canthan folktales. Every year at Shing Jea Monastery a different celestial form descends from the heavens for a great feast.
- Lorespinner Ri So

Canthans celebrate the particular celestial (one of the above 12) that will watch over them and provide good luck for them in the coming year. On the last day of the celebration, the celestial itself descends from the heavens to have a marvelous feast that the Canthan people made to satisfy the being of starlight.

The multi-day festival reaches its climax when the emperor arrives at the monastery. He then performs an ancient ritual to call upon the constellation of the Dragon to give its blessing to Cantha.
- Master of Ceremonies


Established long ago, the festival was originally much smaller than it is now. It has become the massive multi-day holiday for the citizens of the Empire shortly after the Jade Wind. The Dragon Festival is celebrated in honour of the mighty Celestial Dragon that gave hope for both the young Emperor Hanjai and the Empire of the Dragon in their hour of need. The finale occurs when the emperor himself arrives and together with his people, they pray to the Dragon for the blessing of the lands. The grand Celestial complies and bestows its gift - Celestial charges whose energy the Imperial Sorcerers harness.

We can say that the Celestials remained a mystery, even to Canthans. There are plenty of questions that need to be answered, and, given the nature of the celestials, it is not impossible that more would arise in the process. However, for the time being, let us celebrate another wonderful New Year in Cantha. And let’s hope that the Winds will not Change the weather for the worse.

May the gracious Celestial Rabbit bless you all with good luck for 1590 CC/1080 AE!

Thalador Doomspeaker
Day 28, Season of the Zephyr, 1080 AE
The unofficial Guild Wars magazine.
© 2003-2011 ArenaNet, Inc. All rights reserved. NCsoft, the interlocking NC logo, ArenaNet, Arena.net, Guild Wars, Guild Wars 2, and all associated logos and designs are trademarks or registered trademarks of NCsoft Corporation. All other objects are the property of their respective owners.