In the past two issues, I had taken a look at two familiar faces ingame, Mad Queen Malafide and Daniel Frozenwind. In this issue, I want to focus on a different aspect of what makes up the Guild Wars community: bloggers. Since I know that our next candidate, Ravious, has been writing about the world of Tyria for a long time, I really wanted to have an interview with him this time. Ravious is a writer over at KillTenRats.com as you'll perhaps already know or are about to read. In my view, his articles have been both insightful and fun to read, and for me, he's an example on how good blogging is done. I hope you guys enjoy this interview, perhaps it might even give you an extra motivation to start blogging yourself!

Ravious (KillTenRats): Can't complain. Bacon for breakfast, and some charr for lunch.

Dutch: Must be tasty, those charr. Could you perhaps tell us some more about yourself and what you do?

Ravious: Sure! I write for a blog called Kill Ten Rats, where a few great MMO players band together to share thoughts. We each kind of have our niche, and mine is totally, and everything, Guild Wars.

Dutch: You write for Kill Ten Rats, but why did you start blogging in the first place?

Ravious: I really liked the creative outlet it gave me for my favorite hobby. A lot of people talk about how playing MMOs can just be "lost time." The level cap will raise, the awesome gear will suck, and the next faction won't give a hoot about the fantastic rating you have in an old one. I don't exactly agree with the "lost time" view unless it applies to all entertainment activities, but I do feel that blogging lets me give something back, in a way. I am a big proponent of mindful meditation, and believe me, there is very little better for that than reviewing play habits when I blog about my last play session in an MMO. I also love all the social science in MMOs that many players just forget about as they play. I think blogging about MMOs is a way to link to that magnificent MMO culture from outside the game (and forums).

Ravious: Two reasons: it is ad-free and filled with other great writers. Since we don't give a hoot about advertisers or hits/day to generate GoogleAds or something, we are really free to write about what we want. I think all the KTR writers are very mature in their writing, and we generally don't write one-sided, flame bait posts (although they can be fun, like a changeup pitch). But, that's getting back to being appreciative of your readership. Treat them as part of your blog and the blog will grow. The other thing is I don't have the time or energy to write daily posts. The other KTR writers fill the gaps and also give me ideas. I love when we are able to hit a community blogging node to discuss one certain aspect of MMOs. The posts that result are some of the best.

Dutch: So Guild Wars is your thing, obviously, but why Guild Wars? What made Guild Wars so special for you and what attracted you the most?

Ravious: In the beginning it was that a band of ex-Blizzard employees were making a non-subscription MMO. I followed it from the start, and I completely missed most of World of Warcraft's beta because I was so focused on Guild Wars. Now, it's just an amazing game with the most fun per dollar I have ever had, and I am amazed at the updates that keep coming. Of course, Guild Wars 2 is going to rock the MMO genre to its core, too.

Dutch: We'll come back to Guild Wars 2 later on; let's stick to Guild Wars for a moment. During your career as a blogger and player, what has been your most impressive or fun experience that you've experienced?

Ravious: As a player, it was definitely the first time I took the Hall of Heroes before Factions was released. I am not in a very hardcore PvP guild, but we worked hard for weeks on getting our team strategies together. I still have the Celestial Sigil from that first win. There have been others such as vanquishing with the guild, getting a great PUG on a Zaishen event, or doing the festivals... but the most memorable are all PvP related.
As a blogger, I am just humbled every time ArenaNet gives Kill Ten Rats an interview. We've worked hard to create a very good blog with thought-provoking articles and some great readers/commentators, and I like to think in some way that MMO developers agree. My favorite though was the time I asked ArenaNet to comment on a blog post I wrote regarding the change MMO players would face in going from conventional, compartmentalized quests to the event-based system in Guild Wars 2. Eric Flannum came through big time with a great testing story and design thoughts. That is definitely one of my favorite moments as a blogger because instead of an interview it was almost a talk among colleagues. I will be attending PAX East where I hope to have more face-to-face discussions along those lines with ArenaNet developers.

Dutch: Yeah, I got to agree with you on that one. So you've mentioned Guild Wars 2 already, what's attracting you the most about the announced elements of the game so far and why?

Ravious: By far it is the ability to group together without commitment. Working full-time and being a dad of two small kids, my time is very precious. Nothing enrages me more at the MMO genre than spending so much time trying to simply group for specific content. I loved the open grouping system in Warhammer Online, and Rift's dynamic content is pretty fun too. But, I think ArenaNet did the best thing by creating all of the open world PvE content around events. I am very interested to see what kind of herd will result from the dynamic events. Of course, I am also a big fan of the buy-the-box business model, and will champion that one to my grave.

Dutch: Well, you sure seem excited for GW2, any idea what you'll be doing when the game launches when it's released?

Ravious: Well taking the day (or week) off, that's for sure! I am actually a little worried about what effect the launch will have on my blogging. All the time put into blogging is sadly time spent not playing. I will definitely have to be mindful of taking time to relate, what I believe will be, my awesome experiences in Guild Wars 2. One thing that really eases this worry is that I believe it won't matter if I am "behind the curve." I think that between the business model, replayability, and instantaneous travel, the low to mid levels are going to be hopping for a long, long time. 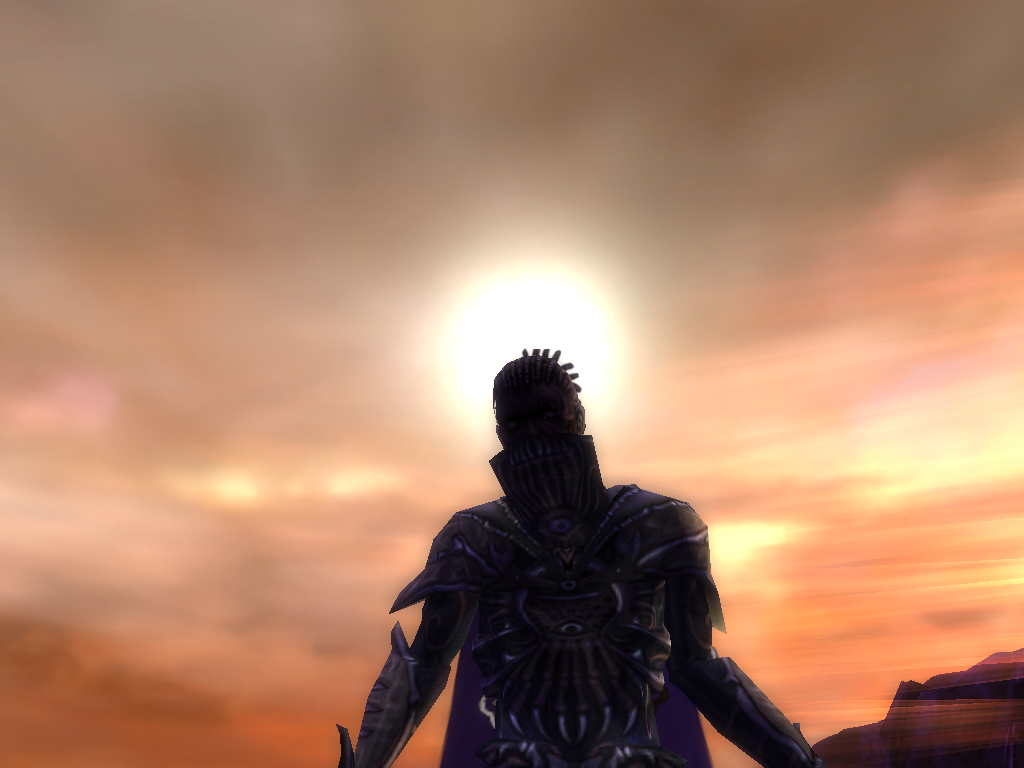 Dutch: So for our readers who would like to start up a blog, do you have any tips for them on where to start with?

Ravious: Just write. In the beginning your writing and readership will suck. Don't watch hits/day or number of comments. Just write. Also read and comment on other MMO blogs. It is called the blogosphere because it is an interconnected community. Don't write in a vacuum. If you keep it up, first other bloggers will notice you. They might link one of your articles on one of theirs. That will send a few readers your way, and they will look around your blog. Make sure it is easy to find "About" and "Favorite Articles." But, just keep writing. Be consistent, and be mindful of possible readers. They will come.
Also, the more thought-provoking and deeper your article, the less comments it will get. Some sort of weird law of MMO blogging. But still write those posts! It will make you a better writer all around.

Dutch: Okay, anything else you would like to add before we finish off this interview?

Ravious: Sure. I think that the Guild Wars/Guild Wars 2 fan community is one of the best out there. It is really getting quite strong with the approach of Guild Wars 2. GuildMag is simple a fantastic addition filled with many strong community contributors I know pretty well. One thing I noticed about GuildMag writers is that so many are parts of many Guild Wars communities from the big forums to small blogs. I think that it really helps create a very well-rounded community, which I hope will just continue to bring more players to the Guild Wars series.

Dutch: Heh, thanks! Also, thanks for your time to do this interview!

Ravious: Anytime. It was very nice talking to you, and I can't wait to see the next GuildMag issue.