Arachnia and the Insectoid Gods

In the darkest recesses of one’s mind, truth can always be found in the form of secrets. If one is brave enough to embrace fear and torment, one can learn much. Have you delved into the recesses of fear itself? If not, you should; there are some interesting things there.

Deep within the Realm of Torment, buried throughout the Domain of Fear, lies hints and clues - some more subtle than others. These mere implications lead to things that no creature wants known, and only those vigorous enough to dig deep into the bowels of knowledge will find this most interesting secret.

With so many shadows covering the information, this knowledge is filled with holes and potential inaccuracies. Digging deeper into the recesses of Fear leads only to less solid information. Alone, these things would be dismissed, abandoned, and forgotten – just as those who hide this knowledge desire.

I speak of none other than the proclaimed deceased god Arachnia.

When I first stumbled upon this information, it was a mere whisper - an escaping mention or three of this supposed “now-dead spider god.” Since then, I have sought and hunted down the knowledge of this ancient deity. I have found much, but not enough.

One should familiarize themselves with the Domain of Fear in order to know this subject, for that is the sole location of this information… outside one possible fleeting connection... but that comes later.

It is near impossible, if not indeed impossible, to go into the Domain of Fear and not see the constant appearance of limbs of giant insects and arachnids. There are even multiple statues depicting something of an insect design. But once more I get ahead of myself…

Let us start at the beginning of the line of clues: a location referred to as the Arachnia Plateau. This location is described in ancient plinths, columns of knowledge located in the Realm of Torment, as a “field of soft, leathery soil broken up into rolling plates, like the palm of one's hand, or the underbelly of a spider.” It is also said to give slightly when you walk on it and even is claimed to make a soft sighing noise.

In my mind, after searching throughout all of the Realm of Torment, this can only be one location: outside of the Gate of Secrets within the Domain of Fear (did you expect somewhere else?). This location looks very much like the underbelly of a spider: eight spider-like legs stick up out near a cliff, two of which create bridges to nearby ledges. This doesn’t perfectly match the underbelly of a spider, of course, but no one ever said it was one – merely like it. 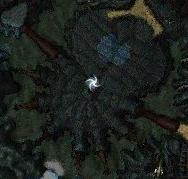 This conclusion is furthered by knowledge of another location that I found: referred to as “the Spider’s Heart.” This is in fact the origin of the knowledge of Arachnia as a dead spider god. The plinths describe this place as a “glowing radiance of evil at the heart of Arachnia” – which gives us the name “Arachnia,” the same as the plateau – perhaps named after the spider god. But the location’s description goes on, even with uncertainty in the description itself, as it says, and I quote: “Said to be the remains of a now-dead spider-god, older than Abaddon and the Five True Gods themselves.”

An interesting implication indeed! Something older than the Six Gods? I know many human scholars who will go into a frenzy over such information. Interestingly enough, with the exception of plinths and rifts, the sole place I can find that “glows” on its own in the Realm of Torment is a faint glow in the ground just off to the side of the Arachnia Plateau.

While pondering over this, I recalled a comment that a fellow knowledge-seeker, the Apostate, had once said of Abaddon: “There were other gods before him, before he was imprisoned here. And I believe that while the power he uses cannot be destroyed, he may be supplanted, as he supplanted his predecessor.”

Could it be that Arachnia is one of these other gods that came before Abaddon? Perhaps Arachnia is even his predecessor. Well, mere theories and speculation. But one thing is for sure: the Apostate knows more than he’s willing to reveal… no matter how many times I talk to him. It would seem that even he desires for this knowledge to remain unknown to all, just as those who had initially hidden this knowledge. 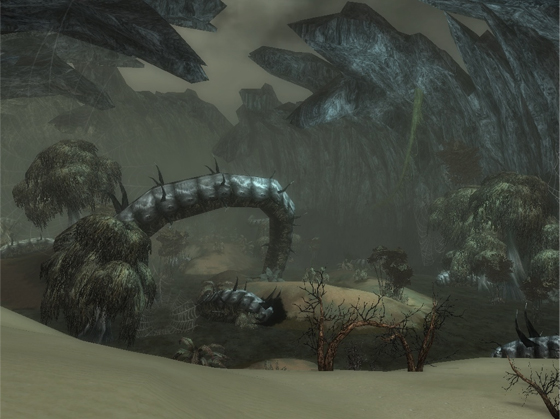 The next thing I came upon was a location known as “Harvestman’s Lair” – a lair of a spider? It did nothing but interest me further on this subject. The plinth I found this location’s name on also had a description - one obviously not caring for facts either, but rather for creativity, which makes it even less trustworthy but mentionable all the same: “A flooded cavern filled with remains of the gods of insectoid beings. No native spiders are ever seen, but there is the scurry of thin legs and something made all those webs.”

Gods of insectoid beings? Perhaps these are the gods that the Apostate mentioned briefly. When I found this, I had made connection after connection, but none were definite. I desired, and needed, more information. For instance, are these gods insectoid or is it merely their followers which are? And then something struck me. A remembrance of how a being I passed had described the Domain of Fear, that it “may indicate the power of a previous, spider or dryder-like race in the world.”

Time after time, it is more about spiders than anything else. Fitting for the Domain of Fear, considering arachniphobia and how insects have been a fear of humanity for ages, but interesting. 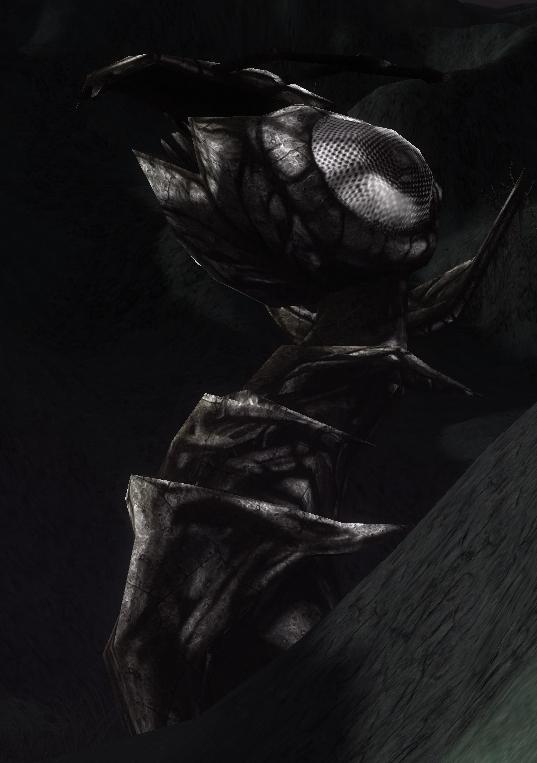 Before I move on, I feel I must bring up one more thing about the “gods of insectoid beings.” Throughout the Domain of Fear reside countless statues - with one in Nightfallen Jahai, which also houses a second object of interest. These tall, pitch-black idols contain insectoid eyes, mandible-like beaks or mouths, and a sharp spinal-like base. One can say that these are depicting a mix between a bird and an insect. Could these statues be depicting one of these “gods of insectoid beings?” Surely not Arachnia, but perhaps another…

There has been one more discovery as of the time of this writing, which I feel to be necessary to mention. It is that other object of interest which resides within Nightfallen Jahai: a giant spider. I couldn’t be anymore specific than that, for that’s what it is: an eight-legged arachnid which is buried halfway into the ground. It is located in the southwestern area of the region, but there is something peculiar about it…

The spider-like creature appears to be “burst open” as if its exoskeleton was peeling away at just one spot. Through this, we can see its glob-like insides moving, slowly, in a breathing-like motion. Up and down, repetitively. 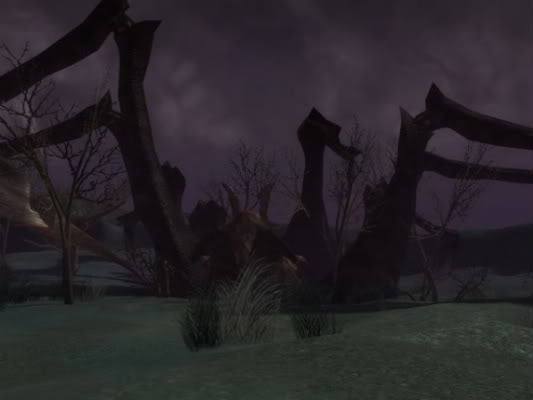 I cannot help but wonder if this is a remnant of those old gods.

I will continue to search and seek for new answers on this topic... this piece of history that all other beings knowing it wish covered up will one day be revealed.